Ottoman Palestine lived for a long period of nearly 400 years under the rule of the Ottoman Empire, where Palestine witnessed harmony and relative peace for a long time.

Palestine entered under Ottoman rule in 1516, and continued until World War I, and witnessed great interest from the Ottoman sultans.

Palestine, under Ottoman rule for 400 years, witnessed the greatest era of prosperity and peace. The Ottoman administration always attached great importance to the administration of Palestine, which includes Jerusalem, which is considered the third holy city in Islam after Medina and Mecca.

The Ottoman Empire pursued a policy that guaranteed free religious practice in the holy places. Moreover, the Ottomans were careful not to interfere with the freedom of practice between the various sects and religious sects.

The Ottoman Empire did not give up its efforts to maintain peace and stability in Palestine by all necessary means, whether administrative, military or economic.

The Ottoman Conquest of Palestine

Palestine entered under the rule of the Ottoman Empire after the Battle of Marj Dabiq, during the reign of Sultan Selim I, after the defeat of the Mamluks.

The status of Palestine in the Ottoman era

During the Ottoman period, the land of Palestine was divided into several sanjaks, namely:

In 1887, by order of Sultan Abdul Hamid II, who felt the greed of the great powers to control Palestine, Jerusalem was transformed into a governorate directly affiliated with the center of the Ottoman Empire.

The maps show the boundaries of the Jerusalem Mutasarrifate and its overlap with the Levant Province, and with the Mutasarrifate of Beirut and the Sanjak of Syria.

The majority of Muslims in Palestine in the Ottoman era were Sunnis, and the Druze and Shiites also inhabited Palestine at that time.

The economy of Palestine in the Ottoman era was largely dependent on agriculture, as state lands were given to farmers to take care of.

The lands passed from one generation to the next, until the Land Law was issued in 1858 to grant the inhabitants of Ottoman Palestine ownership deeds for their lands that determine the ownership of each individual.

Christians and Jews living in Palestine at that time were mainly engaged in commerce and lived in cities.

The Ottomans showed tolerance for people of other religions in Palestine, as Sultan Selim I issued a decree after the conquest of Palestine granting rights to Christians living in Jerusalem to keep the churches and monasteries and to preserve their money and lifes in accordance with Umar’s Assurance .

Under the rule of the Ottoman Empire, all Christian denominations lived in harmony and stable order.

The Ottomans instituted a system of “Millet” system, which provided legal status and freedom for the various elements of Palestinian society.

Harmony in Palestine under the Ottoman rule was not limited to Muslims and Christians only, but the Jews also lived under the justice of the Ottoman Empire, as many situations show.

Ottoman archive documents show that the Ottoman Empire facilitated the restoration of a synagogue and its expansion to build a larger temple.

Harmony between all parts of Palestinian society continued until the reign of Sultan Abdul Hamid II, when the Zionist movement tried to bring a huge demographic change in Palestine, by encouraging the immigration of Jews in large numbers from all countries of the world in the desire to establish an independent state within the borders of the Ottoman state.

Sultan Abdul Hamid II took many measures to protect the peace and harmony existing for 400 years in Jerusalem, as the Sultan issued many decrees to prevent the massive immigration of Jews aimed at changing the societal structure of Ottoman Palestine.

Several laws were introduced to prevent the immigration of Jews to Palestine.

Despite the desire of European countries to control Palestine during the era of Sultan Abdul Hamid II, this did not affect the Christian minority of Jerusalem, as the Sultan treated the Christians of Jerusalem and Palestine in general, with the same tolerant treatment that his forefathers did.

The Ottoman Archives published a document that Sultan Abdul Hamid II sent to the Bethlehem Church in the New Year celebrations, wishing happiness and safety to the Christians of Palestine.

The Jewish presence in Ottoman Palestine

The Ottoman administration recognized the Jewish presence in Ottoman Palestine and allowed them to emigrate from time to time. According to historical records.

The Jewish community in Ottoman Palestine consisted of Sephardic Jews, who had largely amalgamated with the local population, and Ashkenazi Jews, who came to cities they considered sacred.

Few Ashkenazi Jews lived through trade, most of them survived through donations coming from jews around the world.

The situation of the Jews in Palestine changed after the emergence of the Zionist movement, which aimed to monopolize Ottoman Palestine for the Jews only and to establish a state of their own.

Sultan Abdul Hamid II granted permission for persecuted Jews in the world to settle in the Ottoman lands, with the exception of Palestine.

The Ottoman Empire took many measures at that time to combat Zionism, the most important of which were:

The Zionist movement, led by Theodor Herzl, focused on communicating with the Ottoman Empire in the beginning, and trying establish a national home for the Jews in Palestine.

Zionism initially offered the state to buy Palestine in the amount of 150,000 kilograms of gold, which was categorically opposed by Sultan Abdul Hamid.

Sultan Abdul Hamid was a stumbling block in front of the Zionist movement to control Ottoman Palestine, until his dismissal, as the Sultan accused Zionism of working to Impeach him, especially since there was a Jewish person in the delegation who informed him of his Impeachment from the position of the Islamic Caliphate and the Sultanate, where the Sultan expressed his surprise that there was a Jew in this situation.

After Sultan Abdul Hamid was Impeached and the Association of Union and Progress came to power, the new government began to tolerate Zionism, as it removed many of the restrictions imposed by the Sultan from the ban on buying land and visas.

The lenient approach did not last long, as with the spread of separatist movements throughout the Ottoman Empire, the Union and Progress began to view Zionism’s planned efforts to colonize Palestine with suspicion.

The Government of Union and Progress again introduced restrictions on immigration to Ottoman Palestine in order not to allow a new separatist movement to emerge.

Zionist attempts to control the lands of Palestine increased, as the Jewish National Fund was established to finance land acquisitions.

The Ottoman central government could not prevent these developments, and the movement of Zionist immigration to Ottoman Palestine increased.

The end of the rule of the Ottoman Empire in Palestine

During World War I, the European powers, which were against the Ottoman-German alliance, began to incite the non-Turkish and non-Muslim elements in the Ottoman lands, especially the Zionists, against the authority of the state.

The area was occupied by the Allied forces coming from Egypt in the southern part of Palestine in 1917 during World War I under the leadership of Marshal Allenby.

Marshal Allenby spoke after the occupation of Jerusalem to the people and said that the Crusades had ended now, so that the Ottoman rule in Jerusalem ended and Palestine would enter a state of permanent conflict and instability since that date.

Britain, after its occupation of Palestine, implemented the Balfour Declaration and encouraged massive immigration of Zionist Jews to Palestine.

The first British ruler of Jerusalem commented on this situation, saying:

The military administration has violated the “status quo” principle in the Zionist question. Palestine was a state belonging to the Muslim Ottoman state and the vast majority of its inhabitants were Arabs. Under the Status Quo we were entitled (and instructed) to impress upon those desiring immediate reforms that we were here merely as a Military Government and not as Civil Reorganizes. Our logical procedure would therefore have been to administer the territory as if it had been Egypt or any other country with important minorities; making English the official language, and providing Arabic translations and interpreters, and treating the resident Jews, Europeans, Armenians and others as they would have been treated in Egypt.

The Turkish State Archives Department has issued about 500 documents from the Ottoman Archives covering aspects of administrative, health, social, and religious life, safety, care for sacred buildings, the Jewish presence in Palestine, education and social life, and the protection of the cultural character of Palestine. 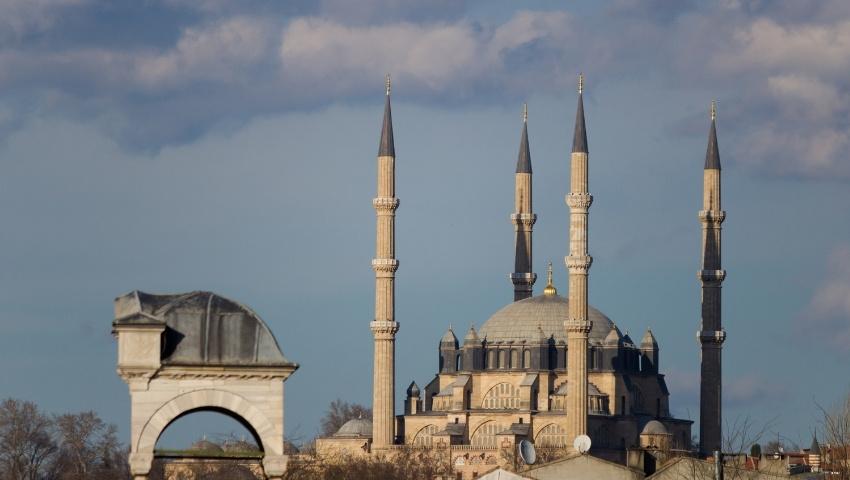 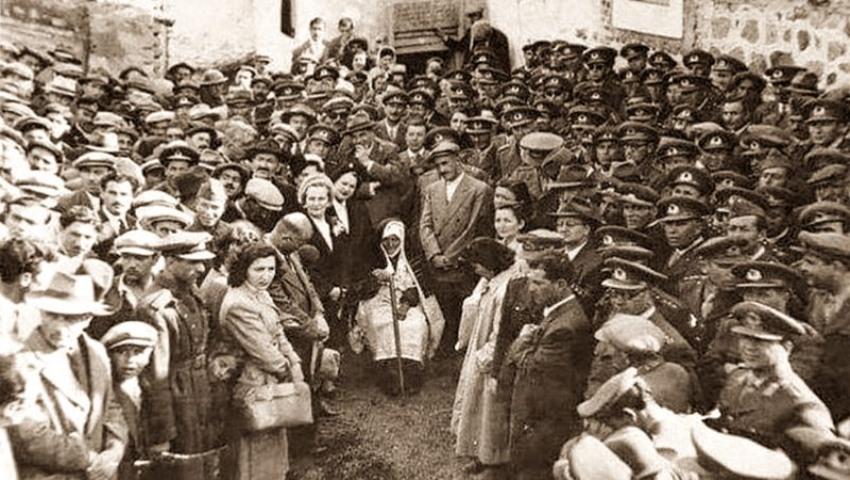