Published by Abdullah Habib on

Blue Flag beaches are one of the most important quality certificates that guarantee purity of water, safety and security of the beach from hazards in addition to environmental protection.

The beaches of the blue flag in Turkey are many, as it spreads in many cities on the Mediterranean, Aegean and Black Seas, giving Turkey a great advantage in beach tourism.

What are the Blue flag beach?

The blue flag beaches are among the best in the world, as the marine beaches must pass strict quality standards to obtain the Blue Flag quality certificate.

The Blue Flag Award, is awarded to protected and clean beaches around the world. Turkey has a total of 486 certified beaches with the blue flag by 2020. On most of Turkey’s coasts, you can see the blue flag.

The most important criteria of the Blue Flag for Beaches are:

Beaches wishing to obtain the Blue Flag must contain many requirements, the most important of which are life-saving and first aid equipment, telephones, and public toilets, including toilets for the disabled.

The organization that provides the blue flag also tests the purity of the beach water, the clarity of pollution and harmful bacteria.

Many beaches in Turkey have a certificate of quality in the blue flag, which contributes to stimulating tourism significantly.

Turkey, with its 459 blue flag beaches, is ranked third out of 50 countries in the countries with the most quality certification.

The blue flag beaches in Turkey are distributed among the following cities:

The city of Antalya, known as the Turkish Riviera, has one of the best beaches on the Mediterranean coast.

The beaches of Antalya are characterized by the cleanliness and purity of its waters, in addition to the perfect sun and luxurious tourist resorts.

Antalya has 206 blue flag beaches out of 486 beaches, as the Turkish city is the most city with a number of blue flag certified beaches in the world.

The Turkish city of Mugla contains about 105 blue flag beaches, as the beaches of Mugla are among the most famous beaches in Turkey.

The city of Izmir, which is located in the south of the Aegean Sea, has 52 clean beaches that have been awarded the Blue Flag. Izmir’s beaches are distinguished by their excellent sand, clear waters and bright sun.

Aydin has 35 beaches that have a Blue Flag Certificate for Marine Beach Quality.

Balikesir has 31 beaches inscribed with the blue flag.

Çanakkale has 13 amazing beaches that have been awarded the Blue Flag.

The city of Mersin has a long coastline on the eastern Mediterranean, and the city attracts many tourists with its 9 blue flag beaches.

What is the most city in the world that contains the beaches of the blue flag?

Antalya is the largest city in the world with 206 blue flag beaches.

The Founder of Turkpidya, an Egyptian student from mixed Turkish descent. A multilingual man passionate about Turkey and writing. A material scientist and engineer. 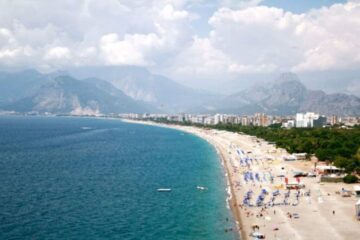 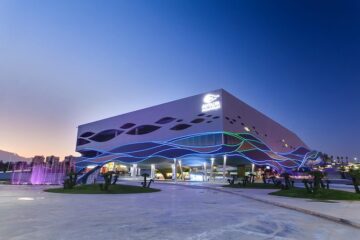 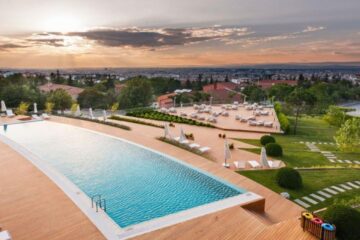